The Green Bay Packers announced Monday morning that a player had tested positive for COVID-19 Sunday morning and played on Sunday against the Minnesota Vikings. All team activities will be done remotely three days ahead of their battle against the San Francisco 49ers.

NFL Network’s Tom Peliserro reported that Green Bay running back, AJ Dillon, was the player with the positive test.

#Packers RB A.J. Dillon is the player who tested positive for COVID-19, per source.

Contact tracing is underway. Depending on close contacts, especially within the small RB room, potential competitive implications on Thursday night’s game against the #49ers.

With the Packers slated to travel to San Francisco for their Thursday Night Football rematch of last year’s NFC Championship Game, a lot of questions remain on the potential implications of this positive test.

The NFL has defined Green Bay’s running back room as ‘close contacts,’ which requires each contact to sit for at least five days. If you’re advanced at mathematics, that’d be Friday or Saturday, at the earliest, for the RB room, which currently consists of AJ Dillon, Tyler Ervin, Jamaal Williams, and Aaron Jones. Jones didn’t play on Sunday but was shown wearing a mask next to Dillon multiple times during the TV broadcast of Sunday’s game.

If the #Packers’ entire running back room was to be deemed in close contact with Dillon and must sit for at least five days, the NFL could move the game to another day to accommodate the Packers. The league has moved games in other instances when COVID-19 has struck.

As Tom Silverstein of the Milwaukee Journal Sentinel reports, the NFL has not been shy about moving games in 2020 when COVID-19 cases pop up. In an ideal world, the NFL will announce a postponement of this game to either Sunday or Monday, giving Green Bay several more days to confirm that there are no other positives and everybody, besides Dillon, will be active for this week.

The Packers announced on Monday that they are now in “intensive protocol,” which requires meetings to be virtual or held in large and/or outdoor spaces. For practices, all players must wear masks and gloves, with exception to quarterbacks on their throwing hand. No team or player gatherings are allowed outside of the team facility.

While we’ll have more answers as the week rolls on, it’s clear that a Thursday Night Football game is unlikely this week. Earlier this season, three days ahead of Tennessee and Pittsburgh’s scheduled game, several Titans tested positive and the game was postponed. Similar to the Packers’ situation, with only three days until scheduled kickoff, it’s likely the league postpones this game until Sunday, Monday, or worst case, Tuesday.

The RB room is considered the only ‘close contacts,’ but they must sit out five days. If there is a TNF game, the #Packers won’t have Dillon, Jamaal Williams, Tyler Ervin, or Aaron Jones, who was masked on the sideline next to Dillon a lot yesterday. #GoPackGo

As is the case with all COVID-19 related incidents, details emerge and evolve almost by the hour. While no official announcement has been made as of publishing, this situation is fluid and as more details arrive, we’ll know more about the status of Thursday’s game. As of now, though, don’t expect to be seeing the Packers and 49ers on Thursday. 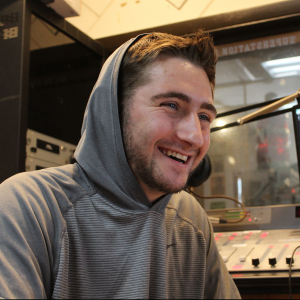 […] was revealed on Monday that Green Bay Packers‘ second-round pick, A.J. Dillon, tested positive for COVID-19. ‘Intense protocols’ were initiated immediately to limit the spread of the virus among […]

[…] comes just days after the Packers had their first positive test of the regular season in AJ Dillon, which led to close contacts Kamal Martin and Jamaal Williams being placed on the COVID/reserve […]

[…] Just about everyone in the Green Bay Packers defensive front got involved in pressuring Niners’ QB Nick Mullens, including the Smith Bros. Preston made multiple key plays in the game, including a QB hit that caused an interception. Za’Darius did the same, also getting to Mullens for a strip-sack during the contest, as well. Rashan Gary was all over the field and made impact plays throughout the night. Overall, it was a much needed nice performance from the Packers pass rush against a reeling San Francisco O-Line dealing with injuries and positive COVID-19 tests. […]

PrevPreviousGreen Bay Packers: The morning after – Vikings 28 Packers 22
NextLooking Ahead: the San Francisco 49ersNext
MORE FOR YOU