After the 2020 NFL Season, Green Bay Packers fans rejoiced as former defensive coordinator Mike Pettine was shown the door. Following a somewhat extensive search, Brian Gutekunst and Matt LaFleur decided on Joe Barry, a protege of Los Angeles Chargers head coach Brandon Staley. Barry had been in LA for the impressive Rams defense that made a Super Bowl run, and the Packers believed Barry had a lot to do with that.

The Packers believed Barry would transform the Green Bay defense to play faster, hungrier, and harder. The old ten-yard cushion that Kevin King was allowed to play under Pettine? Gone under Barry, or so Packers fans were told.

Unfortunately, the Green Bay Packers faithful were not blessed with the high-flying, in your face defense that they were promised. King allowed numerous easy completions against the Saints on Sunday. Outside of Jaire Alexander, Packers’ defensive backs played far off and gave Jameis Winston plenty of room to run.

After Alexander told Packers fans that the Green Bay defense was “full of dogs out there. And dogs gotta eat,” the defense looked more like scared puppies running from a quarterback who had not been QB1 in years.

Interestingly enough, Joe Barry has not had success in his career being the defensive coordinator for an NFL team. As the head of a defense, Barry’s units have ranked 32nd twice and 28th twice in total defensive ranks. After being heralded for what may have been Brandon Staley’s accomplishments, Week 1 shows plenty of cause for concern.

What should the Green Bay Packers Do?

So what can Green Bay do? First and foremost, Za’Darius Smith needs to be healthy. Smith was only used on 3rd downs and obvious passing situations on Sunday. Obviously, this is not a schematic fix, but the impact a healthy Smith has is hard to measure. Being without someone who was top 5 in the NFL in QB pressures last year is never good.

Second, the so-called “star position” needs to actually be used. The Los Angeles Rams used their star corner Jalen Ramsey in the star position. Ramsey flew all over the field and caused chaos for Chicago on Sunday Night Football. Whether it’s Alexander or Darnell Savage, Barry needs to designate his top playmaker and allow them to go make plays.

Ironically, the Packers run defense was probably the best aspect of their defense. Outside of Jameis Winston running more than he ever had in his life, Green Bay performed ahead of their expectations on that front. Alvin Kamara was held to only 91 yards and one touchdown. Given how Kamara and other dynamic backs have torched Green Bay in the past, this is a huge positive.

Third, how do you fix the passing game? Well, the easy fix is to play your first-round draft pick. Eric Stokes is an incredibly talented corner. Stokes can press, and Stokes can run with the fastest receivers in the league. Both at corner, and at linebacker, the Packers need more speed. Play Eric Stokes, and play Oren Burks more if Joe Barry really wants his high-flying defense.

Let’s be clear. The Green Bay Packers played one game. It was an absolutely horrific game, but there are 16 left. Although the defense and their leadership is a huge question mark, there are question marks at every spot on the Green Bay depth chart right now. Stay calm, relax and enjoy what very well could still be a historic Green Bay Packers season. But, if you do want to overreact then read our morning after column here. 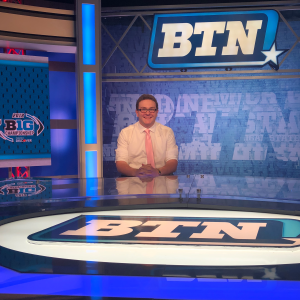