Brevin Jordan was a three-year starter for the University of Miami. After starting 11 games as a true freshman, Jordan earned All-ACC honors and was a John Mackey finalist during his sophomore campaign. Jordan would once again shine in his third and final season as a Hurricane in 2020, and earn 2nd team All-ACC honors and was a semifinalist for the John Mackey Award.

He enters the 2021 draft as a likely top three pick in his position group, and could be a target of the Green Bay Packers if they are looking to add to an already deep tight end group.

Brevin Jordan is a big, strong, and fast prospect. He’s got really good hands. You’ll see him making athletic over-the-shoulder catches and securing the ball in contested situations over the middle. He has a nice ability to catch and put it in the basket while still moving, so he has the potential to be a run after the catch monster.

He’s a smooth route runner who can really put his foot in the dirt and make linebackers look foolish. Jordan looks really smooth running down the seem, he can create separation with athleticism and physicality when working out of the slot, and makes crisp cuts on in and out breaking routes.

I like his tenacity in the blocking game. The technique isn’t always clean, but he wants to root out defenders and move them in the run game.

His ceiling can be a tougher version of New York Giants’ tight end Evan Engram. His floor is as a rotational pass catching tight end and red zone threat. His athletic upside makes him relatively bust proof.

Jordan’s route running looks like he’s been the biggest fastest player on the field all of his career. He needs to refine route running technique to make it work in the pros. NFL quarterbacks are going to be throwing before he’s out of his break, so improving on head fakes and making sure he’s breaking at the right point will allow the QB to trust him.

There are times when Jordan will get caught running before he secures the ball. These concentration drops should be relatively fixable at the next level, but he’ll have to show a commitment to making the solid play instead of trying to turn everything into a touchdown.

In the blocking game, poor hand technique caused instances of him getting beat too quickly. He possesses the functional strength and desire to be an above average blocker, so getting an NFL tight end coach to hone those skills will be an important part of his development.

Jordan is a pass catching tight end who also has the potential and desire to develop his blocking game to become more well-rounded. The athleticism he possesses and ability with the ball in his hands will put him in the conversation to be a second or third round selection.

I have him rated behind Florida’s Kyle Pitts, but Jordan has the ability to be a long-term NFL starter. Like so many other athletic prospects at the position, his dedication to improve as a blocker will determine if he can hit his ceiling as a top ten tight end in the NFL, or if he’ll just end up as a big wide receiver.

The Green Bay Packers may be reluctant to take a tight end on day two of the draft for the second year in a row, but Jordan would add an interesting pass catching threat opposite of Robert Tonyan. 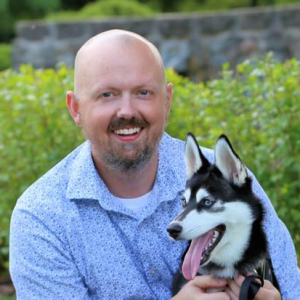 Andrew Mertig is a host on the Pack-a-Day podcast, and is an NFL Draft expert for Game on Wisconsin. He can be found on Twitter @andrewmertig.
Subscribe
Login
1 Comment
Oldest
Newest Most Voted
Inline Feedbacks
View all comments

[…] blocker to be a contributor in the NFL. I have him rated behind Florida’s Kyle Pitts, Miami’s Brevin Jordan, Penn State’s Pat Freiermuth, Notre Dame’s Tommy Tremble, Boston College’s Hunter Long, and […]